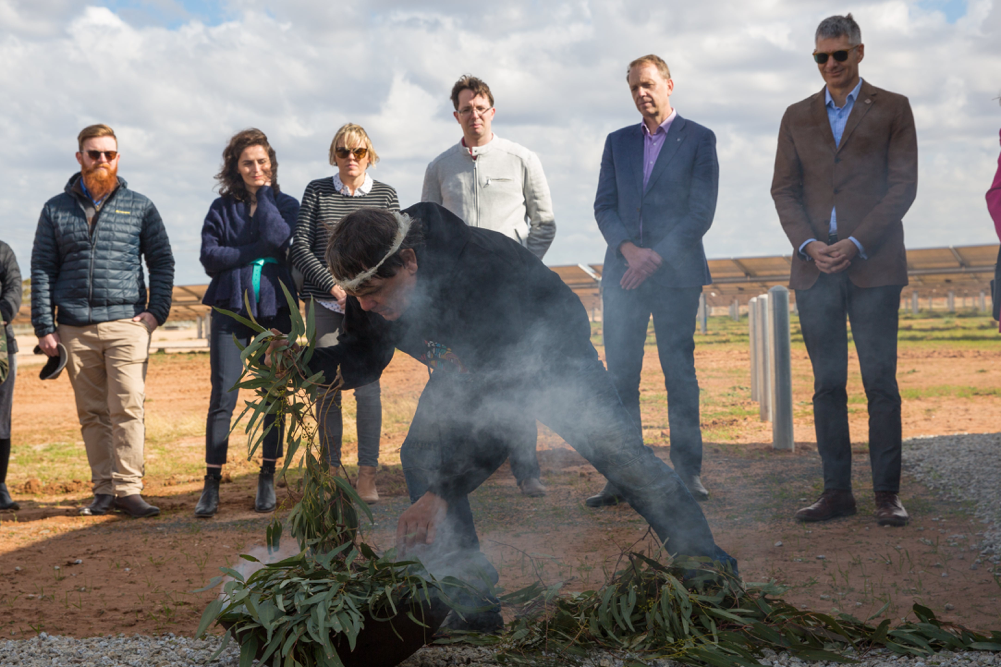 Now in its final stages of construction, Brigalow Solar Farm is one of Australia’s newest renewable energy facilities. But the history of the site goes back far longer, as part of the traditional lands of the Western Wakka Wakka people – a culture indigenous to Queensland’s Darling Downs region, predating European settlement by more than 40,000 years.

This means there’s more to the site than meets the eye, explains Venetia Roberts, Development Manager at Array’s partner Impact Investment Group. Beneath the futuristic shimmer of solar panels in the sun, there are thousands of years of culture embodied in the site – something that’s become very apparent during the construction process.

‘Through construction, the Western Wakka Wakka people have been consulted on an on-going basis,’ explains Roberts. ‘First, we asked them to go through a process of cultural heritage monitoring, which basically means inspecting the entire site for artefacts.’

The process revealed a number of significant objects, such as rocks used for sharpening tools and carved spearheads related to a gathering place at a nearby waterway. ‘These were all carefully documented and moved to other, safer parts of the site before our construction team proceeded.’

A crash course in identifying artefacts

As the development progressed, more objects were unearthed. ‘As we moved dirt we had the heritage team come back to look at specific areas,’ explains Roberts. At the same time, a cultural workshop was held where the construction team and subcontractors were briefed by a Western Wakka Wakka representative to help them identify what artefacts look like, and understand the cultural significance of the site.

‘Obviously some of these things are quite hard to recognise to the untrained eye,’ Roberts says. ‘So we also did a walk through of the site to help understand the terrain in terms of its heritage.’

As development of the solar farm nears completion, dialogue with its traditional custodians continues. ‘Now all the official monitoring and development work is done, we still want that involvement to continue,’ explains Roberts. ‘The land itself remains fairly untouched once the solar farm is built, but we continue to recognise the significance of the indigenous people to this land and our duty of care as the current but temporary custodians of this land’.