How we pick our solar farms 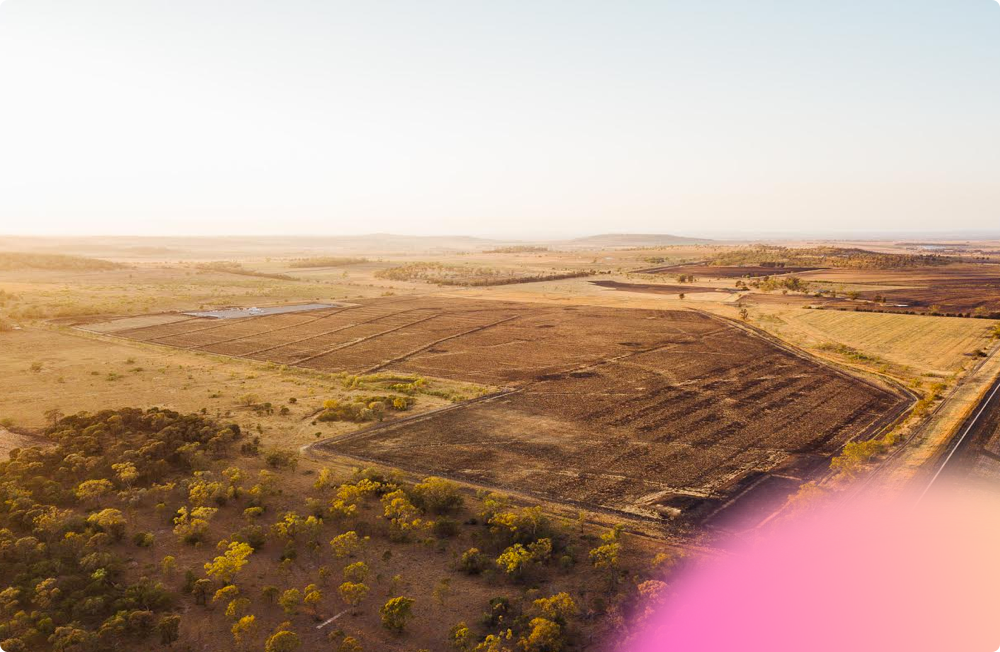 We had a chat with Array partners Impact Investment Group (IIG) to learn about the calculations that go into choosing, designing and delivering a solid solar investment.

The first consideration: is it somewhere sunny?

Sounds obvious, but there’s no point building a solar farm somewhere that doesn’t get much ‘solar resource’ (that's technical-speak for sunshine, basically.)

‘Solar resource is a big part of choosing a site,’ explains Lane Crockett, IIG’s Head of Renewable Energy Infrastructure. ‘We look at satellite data that shows long term patterns in cloud cover – the more cloud that obstructs the solar resource, the less optimal the site.’

Some areas have more cloud pattern, and some have less. In Australia, land west of the Great Diving Range usually experiences less cloud cover – so that it makes a good place to build a solar farm.

Is the land appropriate?

But it also turns out that picking a solar farm location is about more than just sunshine.

It’s important that the site isn’t on prime agricultural land, explains Crockett, to ensure return on investment and to not compete with other valuable land uses. Array’s solar farms, for example, are build on an ex-council tip site (Swan Hill), an overgrown grazing area (Chinchilla) and low value cropping land (Brigalow).

Is the site flat?

At the same time, a solar farm should be built on land that’s as flat, featureless and generally boring as possible.

‘Something rocky and hilly obviously isn’t going to work,’ explains IIG’s Development Manager Venetia Roberts, ‘because if the area is too hilly you can get shading on the panels.’

While the farms are built with a tracking system – so each panel swivels to face the sun at the best angle through the day – this can’t overcome major shading from terrain and buildings. So mountains or tall structures nearby are a no-no.

Is it connected to a useful part of the grid?

Turns out that solar farms can’t just be plugged in anywhere.

The usefulness of a solar farm – and accordingly, its return on investment – depends on the transmission capability of the infrastructure it connects with.

Having a strong part of the electricity grid nearby, that can handle the power generated by the solar farm, is essential.

Is it properly spaced from another one of our solar farms?

Having a portfolio of solar farms spread geographically across Australia means we’re also spreading our exposure to different levels of sunshine through the day, plus different parts of the electricity market. ‘And with that,’ explains Crockett, ‘you’re ensuring diversity in the fund.’

Are the locals happy about it?

Finally, the team considers the broader social context of each proposed farm.

It’s important that the locals are in favour, so a process of consultation and dialogue is implemented to make sure the community’s engaged.

‘Solar farming attracts economic prosperity, with the construction jobs and the operation and maintenance services that are on-going,’ explains Crockett.

‘It should be a win-win situation.’